Rust: Everyone is familiar with it and will already have had some unpleasant experiences with it at some point – whether in their private or professional life. From the unattractive appearance to damage, rust is part of our everyday life and causes billions of dollars worth of damage every year; unfortunately, it also affects revolving flat cards and roller cards, as well as their tools – our card clothing. 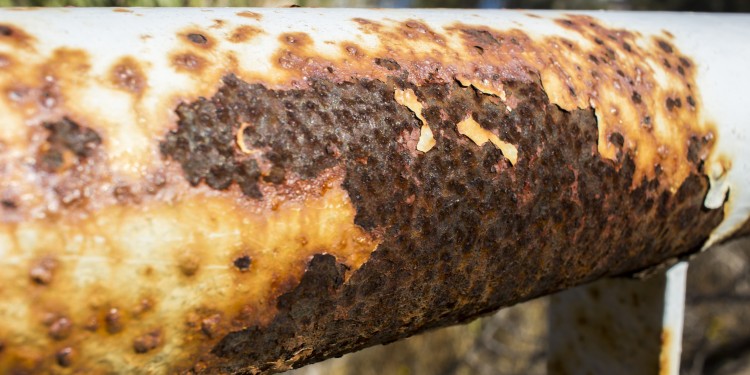 But what actually is rust and how does it occur?

Rust is an iron oxide, i.e. a compound of iron and oxygen, which only occurs when a liquid (electrolyte) is added. This is also referred to as corrosion.

Even tiny amounts of liquid are sufficient. This means that even sweat from our hands promotes rust formation on iron. If card clothing is subjected to oxygen and moisture, rust can occur at any time. In general, it's the material properties, the size of the contaminated surface and the environment that impact the progress and speed of corrosion.

A production line has to be shut down from time to time for maintenance, adjustments or for economic reasons – and there is an acute risk of rust from this time. Temperature differences between the storage location of card clothing or rollers and the production hall can promote rust formation. Moving quickly from a cold to a warm environment causes small droplets to form on the surface of wires or rollers, creating the optimal conditions for rust formation. These are just a few examples of the different factors that card clothing is subjected to in production and that result in a corrosion-promoting atmosphere in general.

Why is corrosion on card clothing problematic?

If you take a look at rusted card clothing on a revolving flat card or roller card, only a visual change is noticeable at first. On closer inspection, however, it becomes apparent that the surface of the card clothing has changed. If rust occurs, the volume of the card clothing surface is increased and the plates of rust peel off. Individual fibers can get caught on the changed surface and fiber retention can occur, resulting in fiber wrapping on the roller. If this is not detected in time, the wrapping can cause the line to stop and severe damage can occur on the revolving flat card or roller card. The flaked off rust particles also get into the end product, resulting in rejects. The rust can eat through the cross section of the card clothing unnoticed in places, which can result in the card clothing springing open. This also results in machine downtime. 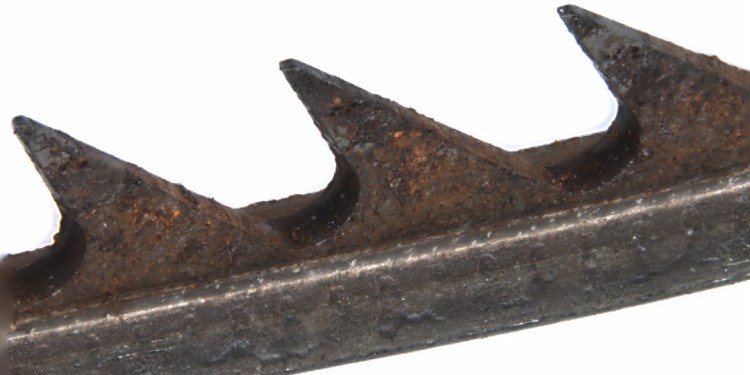 How can we avoid rust on card clothing?

Once a card clothing has rusted, this process can only be stopped by removing the rust without residue. Treating the card clothing with oil, for example, will not help, as water forms during the corrosion process and the reaction process continues unhindered. This is why preventative measures are particularly important for preventing rust.

As already mentioned, rust can already occur while the wires are in storage. As a standard, Groz-Beckert card clothing is packaged in such a way that corrosion is prevented when stored in a cool, dry location. It is therefore advisable to only open the card clothing immediately before it is to be used. This is the only way to prevent rust from forming in the long-term.

Coated card clothing can delay rust formation, but only for a time. Because the coating is worn off gradually by the fibers, the protection is only temporary and becomes susceptible to corrosion over time. The properties of coated wires also change as soon as the coating has worn off, which can also result in changes in the web or card sliver. This is why Groz-Beckert has no coated card clothing in its portfolio. One option for preventing rust is using different alloy steels. These make it more difficult for rust to form, but cannot prevent it completely.

As already mentioned, the risk of rust forming is particularly high during machine downtimes. Groz-Beckert therefore has the following recommendations for preventing rust formation when the machine is at a standstill:

*Note: Applying excessive amounts of oil or liquids can also result in damage. Liquids collect on the bottom circumference of the rollers and cause severe imbalance. Following liquid damage or if rollers are heavily oiled, the card should therefore be started up extremely slowly to avoid major damage due to rollers with an imbalance. Oils and other liquids can also mean that fibers can no longer be transported and stick on the card clothing. A hydrophilic, coarse cleaning fiber should help to remove residues. Here too, the card should be started up slowly and in a controlled way.

What can be done if rust is already present?

Slight rust can be removed by fibers in production operation. Starting the roller card or revolving flat card carefully and in a controlled way will show whether production is possible. In the best-case scenario, the machine will be practically rust-free again after a fiber layer.

More severe rust can be removed with soft brass brushes depending on the extent of the rust. Only part of the tooth surface can be treated in this way, however, due to the inaccessibility of the card clothing.

Groz-Beckert advises against chemical treatment for rust, as these chemicals are unsuitable for revolving flat cards and roller cards and can damage them and their components. To ensure that production is not negatively impacted by rusted card clothing, the rusted card clothing should be replaced. This helps to avoid unplanned downtimes.

As your supplier for card clothing, we aim to use high quality standards and our know-how to provide the best possible products for you in the long-term, which, among other things, delay the formation of rust – today and in the future.

Do you have any questions on the topic of corrosion or do you need individual advice? Our expert teams in the Carding product area and in the Technology and Development Center will be happy to advise you.

Depending on the application, on average 1-3000 fibers per minute are taken over by a doffer wire tooth in a roller card. 3000 times per minutes roughly corresponds to the wing beats of a hummingbird per minute.