A cool head and warm feet thanks to Smart Textiles

Smart Textiles – i.e. intelligent textiles – represent a large number of highly pleasant functions. Some are playful, while others can save lives. Often they can change their properties to suit differing conditions. In the age of the smartphone and Bluetooth, combinations of electronics and textiles are finding their way increasingly into everyday use. In the coldest season of the year, for instance, wouldn't it be nice to have heatable underwear! The company warmX GmbH offers exactly that. We spoke with CEO Gerald Rosner and found out more!

Anyone familiar with seat heating in automobiles won't want to miss it. But what about clothing? Apparel right next to your skin that warms you up? Apart from the fashion aspect, everyday durability and wearability is also a challenge here. Despite electronics a heatable item of clothing has to be easily washable and, as underwear, also stretchable. What's required here is a safe and intelligent heat source.

Heatable underwear for use in winter – subdivided into the article groups "Wellness", "Riding", "Hunting" and "Motorbike" – is provided by the firm of warmX GmbH. It's a sister company of the fashion manufacturer strickchic, founded 1896 and based in Apolda, Germany, which produces fashionable knitwear. Mr. Gerald Rosner took over as CEO of the company in 1990, representing the fourth generation, and is in charge of both enterprises. Mr. Christoph Müller is also a CEO of warmX.

How was the smart textile "warmX" developed and how does it work? Mr Gerald Rosner explains, in the following interview.

warmX – from the idea to the technology

Mr. Rosner, how did the idea of warmX first originate?

Back in 2004 I stumbled on a silver-coated polyamide fiber. The first knitting trials were very positive – and with a power source the knitted fabric warmed up. The knitting technology and the right electronics for turning that first experiment into a market-ready product were then established during the product development phase.


How does the heatable underwear warmX work – and how did you solve the issue of stretchability and easy fabric care?

With warmX technology we succeeded for the first time in getting a fabric to warm itself up all by itself – without heating filaments, gel packs or similar aids. warmX is a fabric where polyamide fibers coated with silver ions are knitted directly into the underwear. This makes the clothing item thin, comfortable to wear and also stretchable. In addition to its conductivity, silver has numerous positive wearer characteristics and also has an antibacterial effect.

In the heat zones, the silver thread isn't knitted into every single row. This increases the electrical resistance and makes the heat zones warm up – directly adjacent to the skin. The heating textile is supplied with power from a controller located in the side pocket, which closes the power circuit via pushbuttons.

Since no wires are utilized here, and the accumulator battery can be separated from the item of clothing without a problem thanks to the pushbuttons, washing it in a washing machine at 30 degrees Celsius with wool detergent is no problem at all. Exhaustive testing has also proved that the conductivity remains even after a very high number of washes.

What serves as a power source?

I developed the electronics myself. I've been fascinated by electronics ever since I was a kid, and later went on to study Technical Cybernetics in Chemnitz. Li-ION batteries are the power source used. Together with friends from an electronics company in Jena, we brought the product to series maturity. The processor-controller monitors the resistance value in the circuit and regulates the heating power. If the resistance value exceeds certain limits, the power is automatically switched off. Also, the computer in the background monitors some other data and adapts the heating to the most varied conditions without the user noticing. Three heating levels can be programmed. Depending on the one chosen, the battery lasts between 3.5 and 6 hours, and can be recharged either from the mains or from a 12V power source.

This special power supply, which enables non-insulated heating even in the presence of humidity, has been successfully patented by us in numerous countries.

In addition to being a truly useful clothing item, the heatable underwear also represents the world's first textile electrical circuit ever realized inside a piece of clothing, manufactured in large quantities and also sold. This was only made possible by the use of modern computer technology in miniature format, which serves to stabilize the electrical circuit which is actually flexible. A look through the semi-transparent housing gives you an idea of what else this tiny device contains apart from a storage battery.

When we were developing it we thought primarily of people who spend a lot of time in cold environments but don't always move around a lot – hunters, for instance, people in wheelchairs, motorcyclists, winter sports enthusiasts, or horse-riders. Because here in particular, the right equipment is essential for well-being. But in the meantime we've discovered that warmX is also popular in terms of fashion, and is also used in other areas.

A further clientele values our products because the warmth is pleasant for people suffering from tension and certain pain patterns. Healthcare supply stores represent an increasingly important market for us, and for a good reason: with our new, patented warmX tights, we've developed the world's first heatable flat-knit tights. The heat zones have been integrated in the upper foot sections. It may surprise some people that they're not on the soles – the reason is that the layer of hard skin on the sole of the foot makes heat from below a lot less noticeable. The upper part of the foot has a lot more cold receptors than the lower one. So a heat source can be detected far more noticeably by the upper part.

What can you tell us about the safety of warmX?

To make it easier for our customers to deal with the new material and to show them that our heatable underwear is a fully developed product, we had it tested by an independent research institute – with total success, and there were no problems at all! Everyone who values warm underwear can use warmX without any worries at all.

The success of our product has not only brought us satisfied customers but also various awards: we were a finalist in the ispo-BrandNew Awards, winner of the IF Product Design Award, and also won the Thuringia State Chancellery's Founder's Prize in the category "Marktlücke" ("Gap in the Market").

The new warmth – does it work under water too? 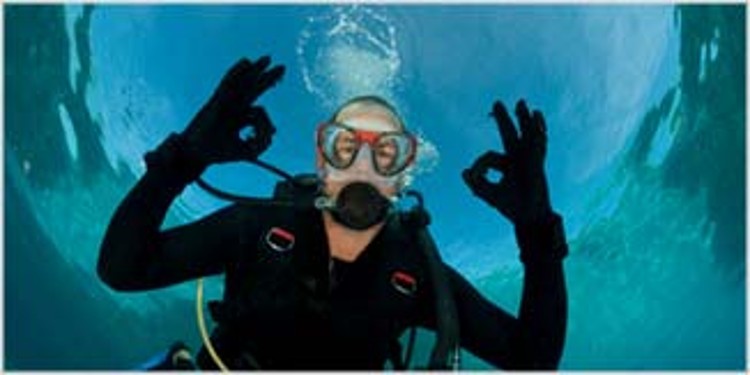 What sector will the next application be in? warmX is definitely a very exciting development and a brilliant example of how the textile industry can use Smart Textiles to make tangible improvements to our lives.

Do you have any questions about knitting-machine needles and system parts used in the production of Smart Textiles? Then just contact Groz-Beckert to discuss everything further!