Albstadt, Germany/Shanghai, China: The sixth ITMA Asia + CITME in Shanghai, China, was extremely successful for Groz-Beckert. Over the five days of the trade fair in October 2018, the company welcomed over 4,000 international customers and partners to its booth. Around three quarters of the customers at the Groz-Beckert booth came from China, followed by guests from Japan, India and South Korea.

With its 1,733 exhibitors from 28 countries, the trade fair attracted more than 100,000 visitors in total. These visitors were treated to a wide range of state-of-the-art technology for manufacturing and joining textile fabrics.

Groz-Beckert was represented with all six product areas – Knitting, Weaving, Felting, Tufting, Carding and Sewing – and presented new transparent insights. The still relatively recent WeChat Channel also put the company in the spotlight. Visitors had the opportunity to become a follower directly at the booth and to receive the latest news on Groz-Beckert and the Chinese textile market on their smartphone in the future.

The Felting (Nonwovens) division showed its staple fiber needle punch line live in Asia – as a 3D print model in 1:18 scale. The original system is available for customers to test in the Technology and Development Center (TEZ) in Albstadt, Germany.

Using the WeavingLoom, a weaving machine replicated in acrylic glass, Groz-Beckert showed heald frames and healds, as well as warp stop motions, drop wires and the PosiLeno® leno system in action. Tufting showed its gauge part system, which impressed with the controlled and coordinated selection of materials and compliance with the tightest tolerances. And the Carding division also presented its clothings on two impressive acrylic glass exhibits, which showed a revolving flat card and a roller card.

The unique transparent insights at the Groz-Beckert booth impressively demonstrated the interplay between the different components in textile machines. They clearly highlight the extremely low tolerances the needles and system parts from Groz-Beckert work in.

The ITMA Asia 2018 was a complete success for Groz-Beckert with a wealth of interesting discussions and major incentives for the coming months. 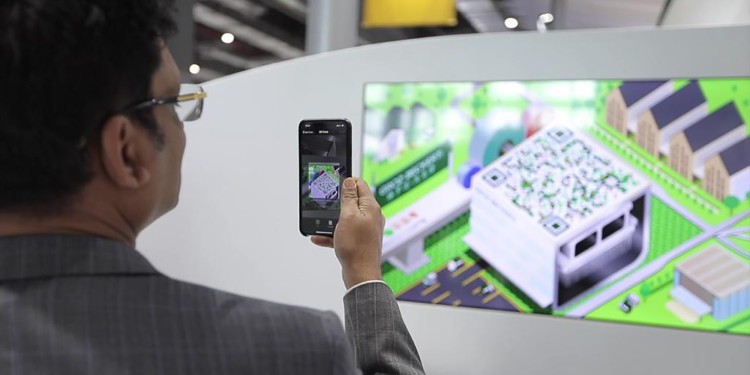 Groz-Beckert is the world’s leading provider of industrial machine needles, precision parts and fine tools as well as systems and services for the production and joining of textile fabrics. The products and services support the fields of knitting, weaving, felting, tufting, carding and sewing. The family-owned company, founded in 1852, employed more than 8,800 people and generated a turnover of around €740 Mio. in 2017. Groz-Beckert operates with agencies, production and distribution subsidiaries in more than 150 countries around the world.