With perfect needles and awls from Groz-Beckert

Shoes have accompanied us through life for thousands of years. Whether moccasins, sports shoes, boots, sandals, safety shoes or elegant men's loafers - good wearability, durability and a perfect appearance are the top priorities where footwear is concerned. Sewing and shoe-machine needles from Groz-Beckert create shoes that meet precisely those needs. Not only decorative stitching succeeds perfectly - inseams on welted shoes also deliver exactly what they promise. The following article tells you more about this tradition of perfection.

The history of the shoe 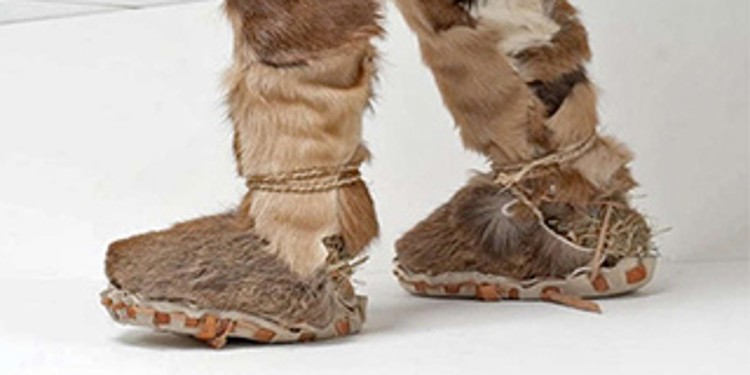 As long as 40,000 years ago, people developed a need to protect their feet against external influences. In colder regions, animal skins were wrapped around the feet and calves, while elsewhere palm leaves were worn under the soles to protect them from the hot ground. This is how boots and sandals both originated.

The discovery of a 120,000-year-old bone awl near Stuttgart in Germany indicates the early origins of shoe cutting and binding. This simple tool was probably used to pierce leather and guide tendon or fiber cords through the resulting holes. This type of awl thus represents the oldest potential awl of a shoemaker, and is probably the origin of the modern-day awls that are still used in production of the classic shoe models. 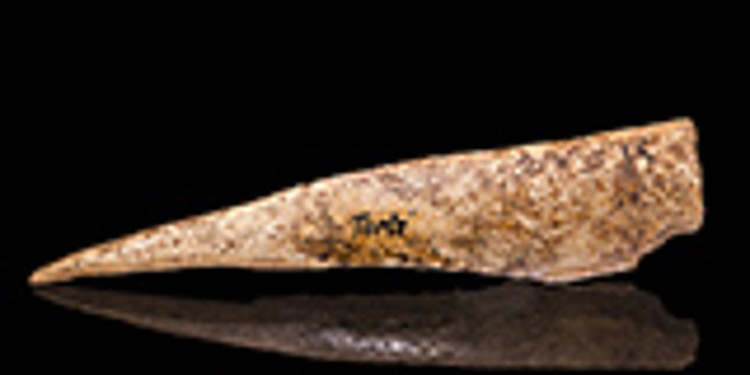 Awl made from bone, about 120,000 years old. Picture: Didier Descouens

In Antiquity and the early Middle Ages, simple shoes became widespread. Sandal-like shoes of the type used in Egypt, Greece, and also in China and Japan, were very common. More robust forms were used as footwear by Roman legionaries: the nail-studded 'caligae'.
In the Middle Ages closed shoes were widely used in Europe, and were frequently supplemented by wooden shoe bottoms. These were used to protect the expensive leather shoes from the filth of the medieval streets, but the wooden shoes also improved protection against the cold – especially the cold stone floors inside buildings.
In addition to their protective function, shoes also had a great deal to do with the status and group affiliation of the wearer. From region to region there were many different models, most of which were made of leather, and partly of wood, too.
today. The sewn-welted shoe created at that time still ranks as a classic model, and its design has remained virtually unchanged.
Industrialization in around 1830 triggered the series production of shoes. After the invention of the sewing machine in 1846, the footwear industry steadily began to grow.

In the 20th century, new forms of design were made ​​possible by new tanning processes for leather. Thinner leather was used, which enabled implementation of new stem cuts and could also be dyed in more diverse colors.
The invention of the bonding process with celluloid cement in 1910 led to the first mass production of footwear. In the course of the century, new thermoplastic rubbers and plastics were also developed, further reducing production costs and thus leading to the mass-produced shoe as we know it today.

By the way: the left-right distinction between two shoes dates only from the end of the 19th century. Until then, a pair of shoes consisted of two identical ones.

The production of a shoe

In the pre-industrial era, shoes were hand-made by shoemakers. Alongside today's mass-produced shoes, the welted shoe is still a masterpiece of shoe manufacturing. This high-quality men's shoe goes through a large number of manufacturing steps until its completion and, depending on the make and manufacturer of the shoe, these can include between 68 and 300 operations.

Traditionally, good shoes are manufactured in nest production, where specialized departments take care of the individual steps. In the model department the designs are developed, and the lasts and punching knives are manufactured. The punching shop cuts or punches the necessary pieces of leather to size. The individual sections are then sewn together into the shaft in the quilting shop. This is where the precision needles from Groz-Beckert come into play.

The selection of needle points alone offers several design options for shaft seams, which differ not only in their appearance but also their resilience. To provide shoe buyers with a solid and simultaneously appealing product, the producer has to establish the right combination of visual and mechanical seam characteristics. Here, there are different questions to be asked:

Alongside the appearance and quality of a shoe, increased productivity constitutes a constant challenge for shoe producers. Here, sewing speed in particular, as well as sewing-machine availability and needle service life, play a special role. For Groz-Beckert, as a needle manufacturer, this leads to the task of developing profitable solutions for its customers by means of constant development and new technologies. With the GEBEDUR® (titanium nitride) coating and the development of various SAN® needles (special application needles), Groz-Beckert is an established pioneer and initiator of innovations in this sector, too. 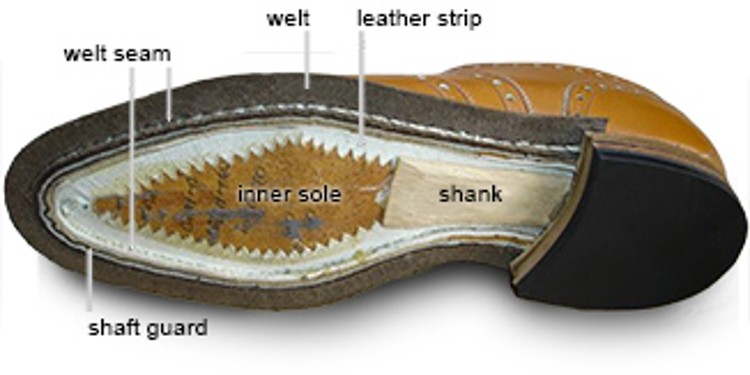 The last production step for a shoe takes place in the assembly department. Here, the shank is attached to the sole. In the case of a welted shoe the welt - a stable leather strap – is pressed as close as possible to the shaft and the leather strip. In this position, it is pierced in one working operation together with the upper leather, the lining and the leather strip and then sewn by a Goodyear plunge-cut machine. The result is the so-called inseam, which is characteristic of this design of footwear. The picture in the middle shows a needle that is used in such machines.

Approximately 200 different needles and awls for shoe sole processing are included in the current Groz-Beckert product range. With a further 500 types of sewing-machine needle used during the shaft-machining process, Groz-Beckert offers the complete range of needles for shoe manufacturing and, for over 33 years now, has been an indispensable partner of the entire footwear industry.

If you are facing special challenges in the manufacture of footwear, and are looking for the ideal equipment in terms of durable and precisely operating needles, then the Groz-Beckert experts will be happy to help you further!